Things to see in Lasaosa

Aaround Casa Dorondón and in the surroundings of Lasaosa there are many activities that can be developed. We can see old megalithic buildings (dolmens), remains of the Middle Ages and natural pools where fresh water runs. 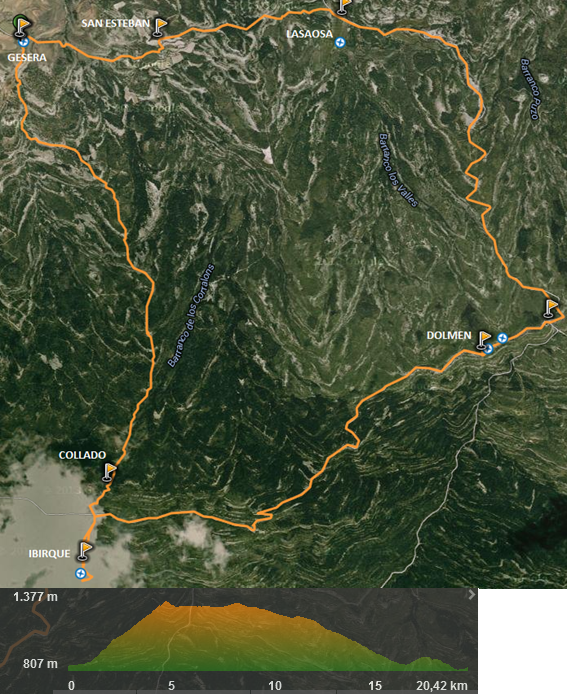 It starts from the junction between the entrance to the town and the track that leads to Nocito. Following the paved track, we went up about 20 or 30 minutes until we saw a circle of stones on the ground (the kind that is made to light bonfires). The view from there on a clear day is beautiful. Looking north, two roads start, a track to the right (to go by ATV) and a path to the left. The track, after many laps, leads to Solanilla. It is the safest but longest path.

The path, on the other hand, is shorter, although sometimes it goes cross country. When we continue, we see that it descends until we reach an esplanade where there is an abandoned car. We turn to our right (the east) and go towards a pass between two elevations. We descend again down a gentle slope to a ravine dominated by a hill. We surround the hill on our right (towards the South approx) and following it we take the path towards the East. At a certain moment we will see the track that reaches Solanilla, we will take it and we will advance the last kilometer along it.

Being a river of pluvial origin, the state of the pools depends greatly on how advanced the summer season is and the amount of rainfall received in previous months.

This Dolmen is located near Lasaosa, just five kilometers away. The dolmen is 1350 meters high. It consists of a simple, rectangular-shaped burial chamber and a burial mound where various bodies and some shells were found, along with some earthenware vessels. It has an antiquity that could be closer to two thousand years before Christ.

For architecture lovers, Romanesque art in Aragon is characterized by the presence of monumental, exotic and sumptuous architecture, erected from the second half of the 11th century to the beginning of the 12th century. On this map you can see the main buildings to visit, some of them very close to Lasaosa:

Specifically in the valley we can find:

The population with the most inhabitants of the valley. In the late 1970s and early 1980s, young people from the city settled in Aineto. These occupants partnered with their neighbors from other newly occupied towns (Artosilla and Ibort) to form the Artiborain association.
http://www.cervezasborda.es/

Tombs from the Middle Ages (10th century), carved out of rock and facing west. A type of burial common since the 6th century. They can be visited in the town of Gésera. Very close to Lasaosa. 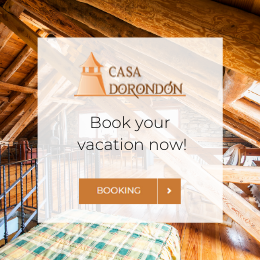 Make the reservation online and get the best price!